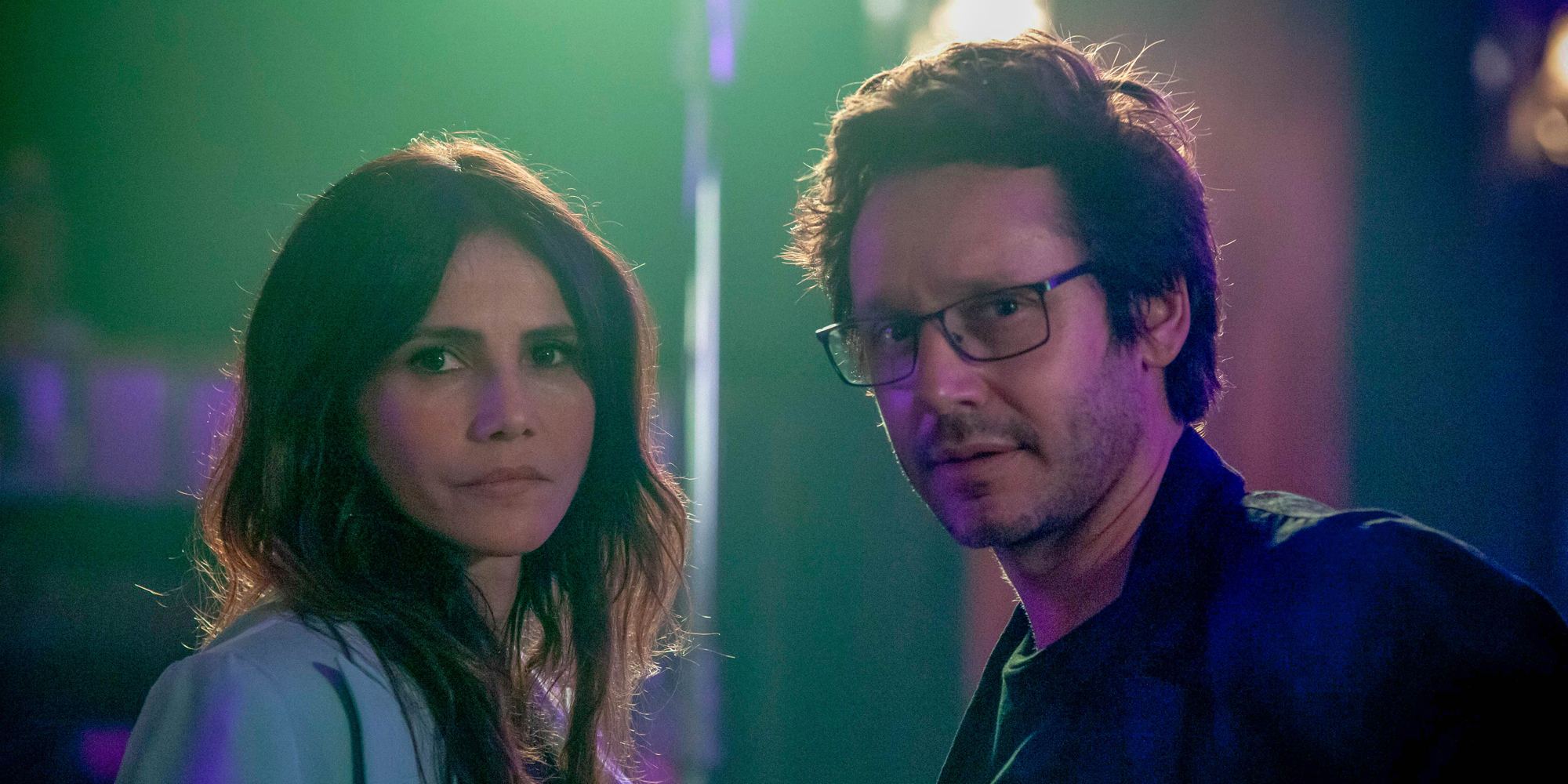 Berko: the series about the crime of Jonathan Moyle and arms trafficking in Chile arrives

Berko: the series about the crime of Jonathan Moyle and arms trafficking in Chile arrives

This is the fiction that Fox Premium premieres tomorrow and that has Benjamín Vicuña as the protagonist. In addition, its director, Nicolás Acuña, details the process behind the complex story.

March 1990 was the month in which Patricio Aylwin was sworn in as the first president after Augusto Pinochet, but also when a British journalist was found dead in the Carrera hotel under strange circumstances. Briton Jonathan Moyle, editor of Defense Helicopter World magazine who came to cover the Fidae, was found dead hanging on the closet rod of his room, at dawn on March 31st. The authorities classified his death as a sadomasochistic suicide, a thesis later refuted by the press, voices from England and his family, although it was never clarified.

A world of escorts, journalists and smuggling that was left in charge of Nicolás Acuña, the director of Los archivos del cardenal and El replacement, back to the series after his time as programming director at TVN and recruited by Brodsky and producer Pablo Rosenblatt . In the passage of the pages to the four chapters that make up the miniseries, most of the characters in the novel remain, he acknowledges, although with nuances.

The protagonist is Boris Berkowitz (Benjamín Vicuña), a man with a broken family life and a diffuse course, who makes his living as a newspaper journalist, and who, as Acuña describes, “runs into the case of his life and leaves getting into a tangle from which he can hardly get out later, he begins to investigate something that has international political overtones that totally escape him “.

Through the TV images they are from Pinochet to Saddam Hussein, giving the texture of the dawn of the 90’s. Like the novel, it approaches certain real characters in its own way. In that sense, the Spanish Goya Toledo and the Colombian Angie Cepeda have roles, but Alejandro Goic captures the attention, who plays Rulfo, a guy with multiple networks and ties to arms trafficking, who takes elements from Carlos Cardoen, involved in its moment in the real case.

“He is a character who was in the novel, who already had a historical investigation. Clearly he is not Cardoen, but he is inspired by him,” explains Acuña. “It is a fusion of characters. It is something that I already did in Los archivos del cardenal. What interests us most was the theme, rather than individualizing”.

From the 90s, the same director will jump to the 16th century to begin directing in September Inés del alma mía, the international series that adapts the novel by Isabel Allende. It once again has Vicuña and joins the Spanish Elena Rivera and Eduardo Noriega. “It is a project that has simultaneous pre-production in three different countries (Spain, Chile and Peru) and that is an enormous complexity,” he points out about the title he directs with the Spanish Alejandro Bazzano (La casa de papel) and that in the country will give CHV and outside Amazon.